Disentangling Powers from Dispositions (A. Buckareff) 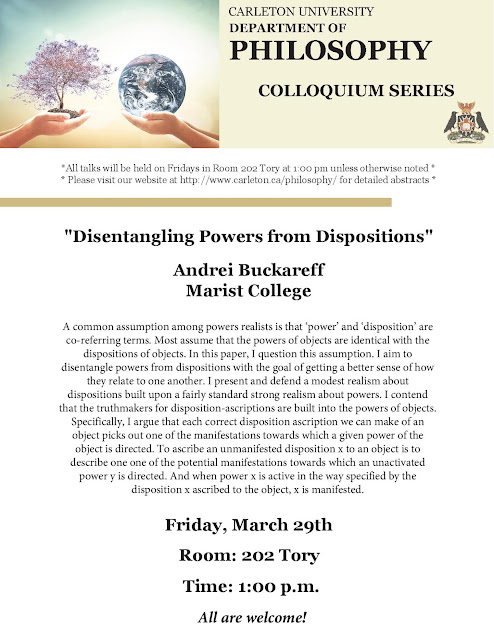 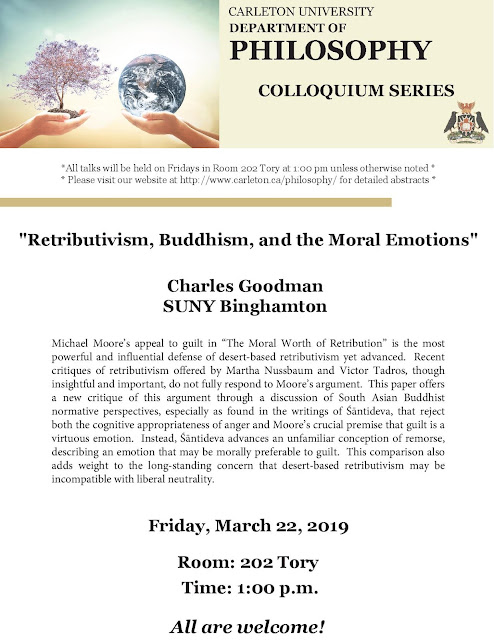 Talk to the Hand: Moore vs the Skeptic (E. Sarca) 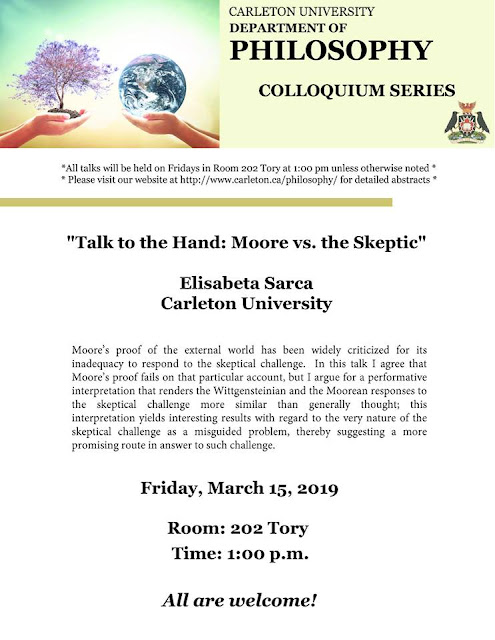 
A recent and important debate among egalitarians has been about which concept of equality is most basic to egalitarian concerns and commitments:  a notion of equality of opportunity for welfare or resources, on the one hand, or a notion of social or relational equality, on the other.  This debate is sometimes framed as a choice between “redistribution” and “recognition” and, in other literature, as a choice between “luck egalitarianism” and social or relational egalitarianism.  This talk will consider some of the strongest objections to the claim that social equality is the more basic commitment as well as some responses that might be made to them. 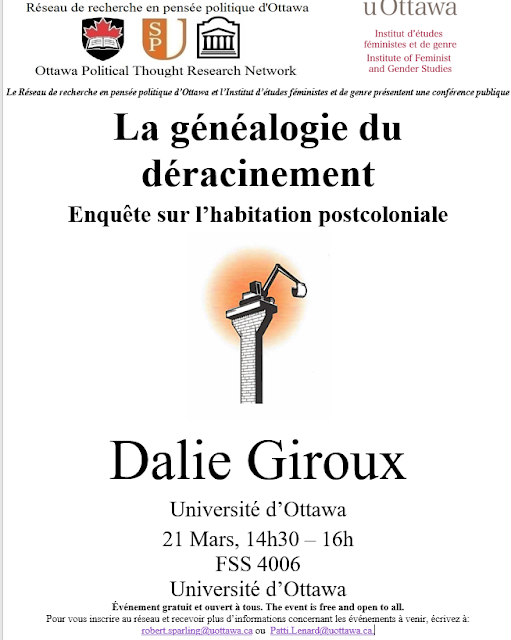