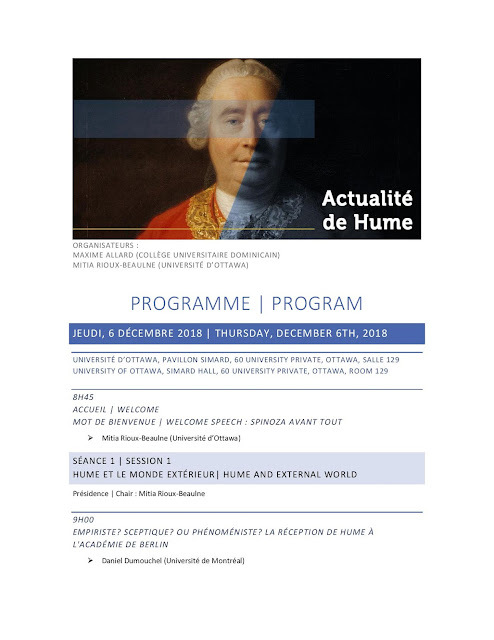 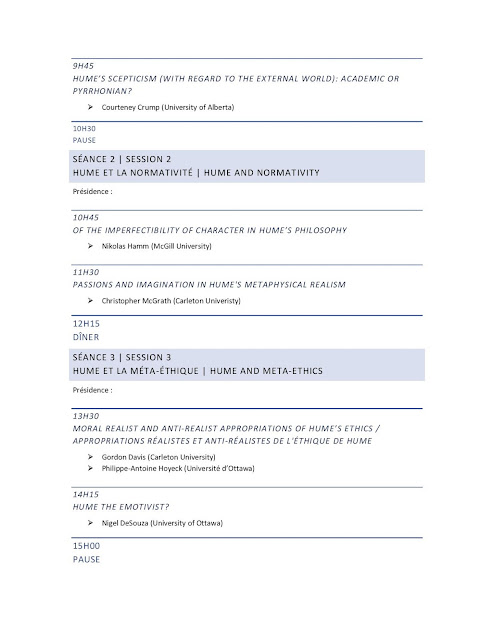 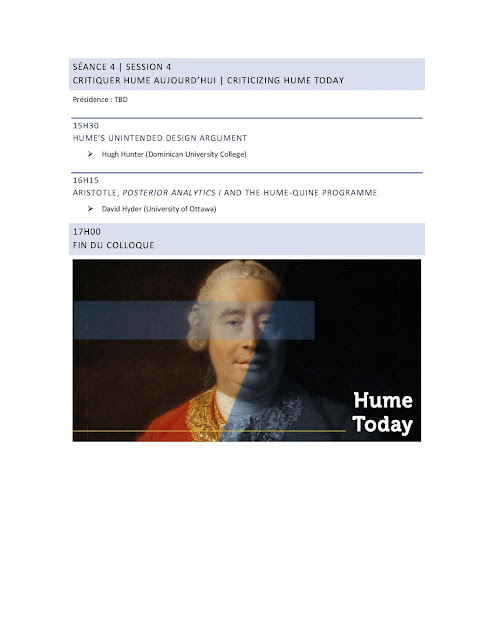 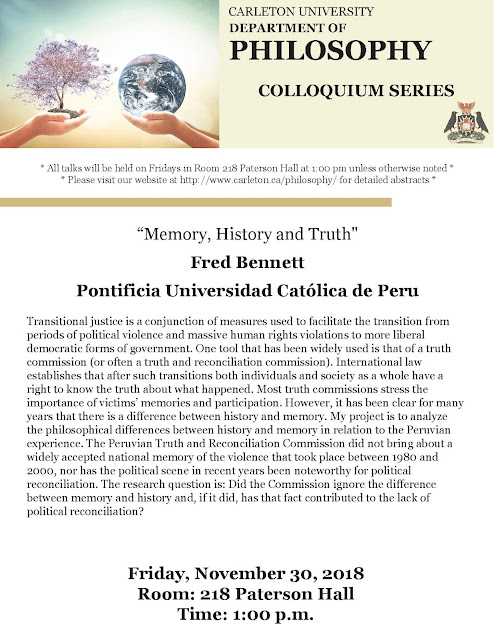 
The “Truman Show Delusion” (or “Truman Syndrome”) is a kind of schizophrenic delusion in which patients believe that their lives are a staged reality show, or that they are otherwise being taped, watched, and commented upon by a large audience. Although this nightmarish scenario is a cause of torment to some patients, it is at the same time a source of joy for others, who relish the attention and experience it as a source of meaning. Once the stuff of science-fiction films and paranoid delusions, the scenario gains worrying topicality in the age of social media when all of us are, in fact, being watched — and when, far from being tormented, most of us happily volunteer information about ourselves to be browsed by friends and strangers alike in the construction of an online personal brand.

Philippe-Antoine Hoyeck is a graduate student at the University of Ottawa. His research has nothing to do with either the internet or social media, but he is prone to having fits of existential angst when he thinks about them.

Force (Kraft) is perhaps the most important concept in Herder’s philosophy as a whole. The talk will explore both what Herder means by force and the ways it informs his accounts of the soul-body relationship, morality, and the phenomenon of life, showing how, in its many guises, this concept constitutes the key to understanding his anti-dualism(s).

Sonia Sikka: What has continued to engage me about “the Heidegger controversy” and led to my writing Heidegger, Morality and Politics is a set of polarities within the argumentative discourse on this topic. As conceived by one side of the divide, values such as reason, universalism, cosmopolitanism and objectivity are pitted against the alleged moral and political hazards of irrationalism, relativism, and identitarian parochialism, with Heidegger’s Nazism being a prime example of the latter dangerous set. I argue, by contrast, that there is something worthwhile in precisely those elements in Heidegger’s philosophy that evoke such accusations among his detractors and that these elements do not inevitably lead to fascism or some other calamitous form of politics. My discussion focuses on three themes: relativity, reason and cultural identity.

Shared Intentions and the Scope of Public Reason (B. Neufeld) 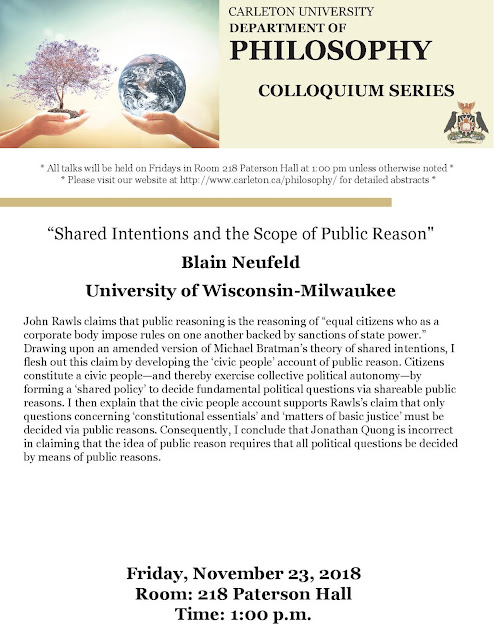 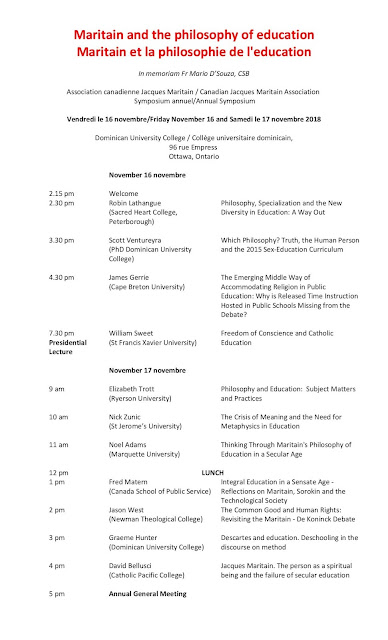 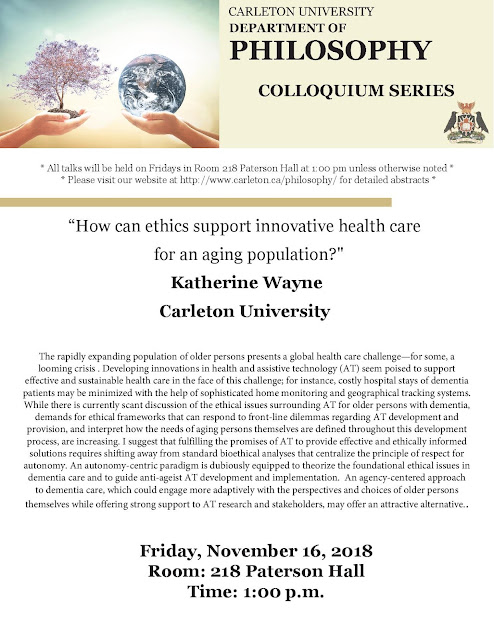 With the notable exception of Immanuel Kant, a prevailing theme of modern moral and political thought is the exclusion of retributive justice, or the idea that society has an obligation to punish criminals primarily because those criminals deserve it. This is the rationale behind the modern emphasis on deterrence, rehabilitation, and the physical protection of society from dangerous criminals. Dr. Koritansky will argue that the exclusion of retributive justice is actually quite harmful to society. He will do so by briefly examining and comparing the discussions of punishment by two pre-modern thinkers for whom retributive justice is a central theme: Plato and Thomas Aquinas. He will conclude by suggesting that Thomistic natural law is the best means of understanding retributive justice and by justifying it as a true good for civil society.

Dr. Peter Karl Koritansky attended the Catholic University of America (in Washington DC) as an undergraduate, then he went on to the University of Toronto in 1996 to pursue a PhD in Philosophy. In December of 2001, he defended his doctoral thesis entitled “The Question of Punishment and the Contemporary Relevance of Thomas Aquinas”. He currently teaches at the University of Prince Edward Island. His primary scholarly interest is the history of moral and political thought with an emphasis upon the thought of Thomas Aquinas. He is also interested in the Catholic intellectual tradition and medieval intellectual history.
Publié par philOttawa à 09 h 19 Aucun commentaire: Liens vers ce message


Antonioni's London masterpiece, Blow-Up tells the story of a day in the life of a fashion photographer during the Swinging Sixties. Constructed around a thriller / mystery structure, the film raises and actively examines a whole range of philosophical issues. Famously, photography allows it to discuss themes such as knowledge and proof. But there is much more. The film investigates the nature of a whole generation, it draws our attention to, and comments on, the culture of spectacle and celebrity, it offers a sharp critique of the world of fashion and, through it but not exclusively, of the male gaze, of superficiality, of the impermanence of values. It's also about what it means to exist in such a world - our world today, in many respects.

Patrice Philie is Associate Professor at the Department of Philosophy at the University of Ottawa. 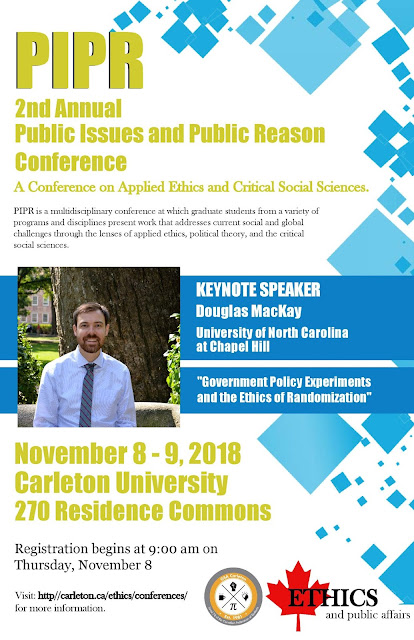 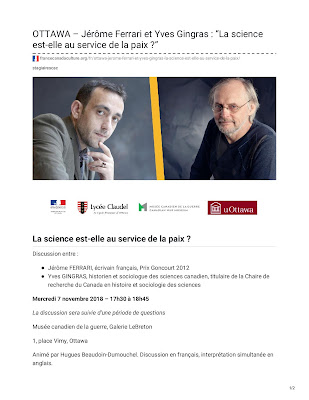 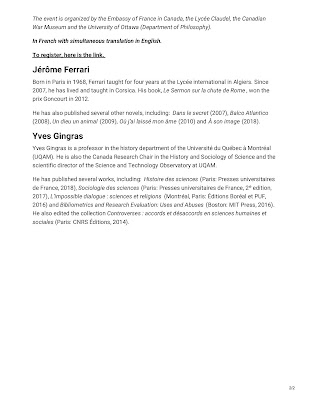 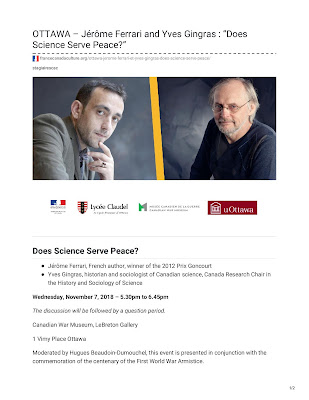 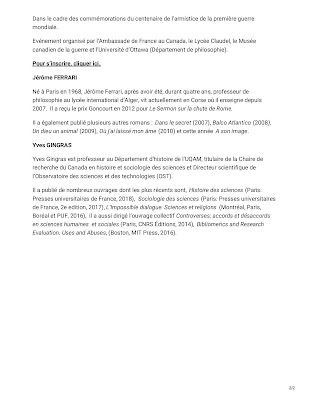